My name is Michael, shop regular/part of the furniture, record buyer and all round nerd. Considering it’s that time of year again! It is almost RECORD STORE DAY! I thought I’d drop in and throw a guest mix up for these lovely folks at Kellys.

For full effect, I politely ask you to play on my mix which is right below, before you start reading…go on…click play…

I don’t know about you fair reader, for me, record store day has always been an opportunity to pick up some truly weird and wonderful things! Strange items that wouldn’t, probably shouldn’t exist, let alone someone (i.e. me and possibly you) part money with?

You want an example? If you clicked play like I asked you would be hearing Professor Stephen Hawking “singing” Monty Python’s Galaxy Song. I mean come on! In what logical world should that be a thing that exists? I have no idea, hence why I bought it! It seems dutifully fitting that my first choice would be the summation of why I love RSD and a fitting tribute to the greatest mind of our time. 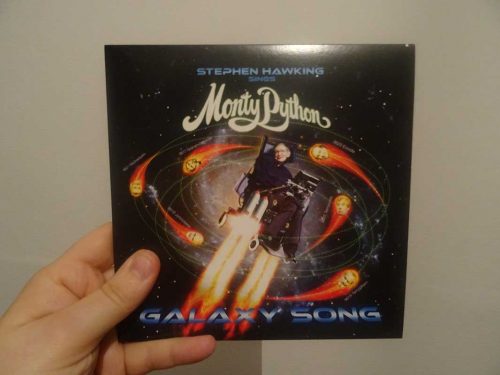 So fair reader/listener, join me on this adventure through the strange corners of my record collection as I play you some of the weirder things I’ve purchased on RSD over the years. 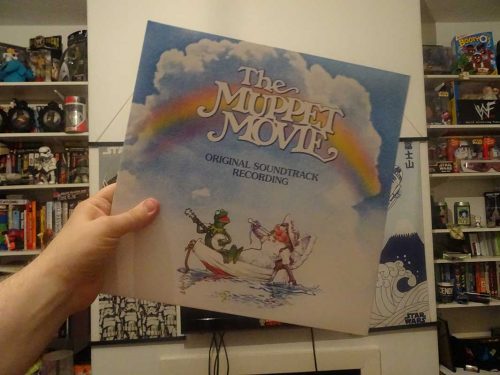 If you don’t love the Muppets, I’m pretty sure you have no soul. 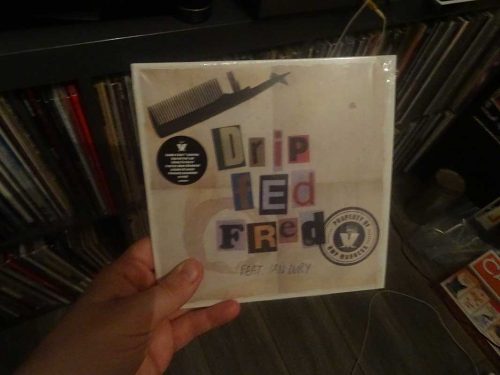 Logical follow up to a song sung by a frog and a bear right? A song about a horse! Alright, it isn’t about a horse, and yes I played the b-side, but this is my mix, don’t judge me! 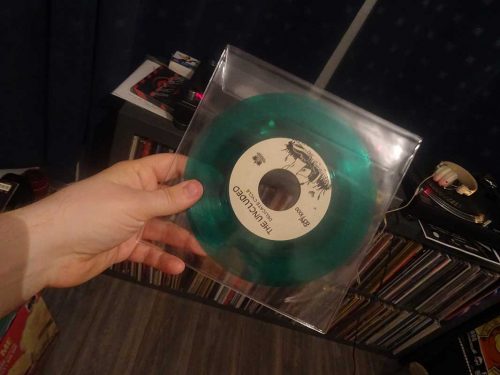 I don’t think I will ever be able to wrap my head around the existence of this project. I’m eternally grateful it does, but in what world did anyone think that one of the most credible rappers of his generation and the queen of anti-folk would collaborate, let alone smash it out of the park! 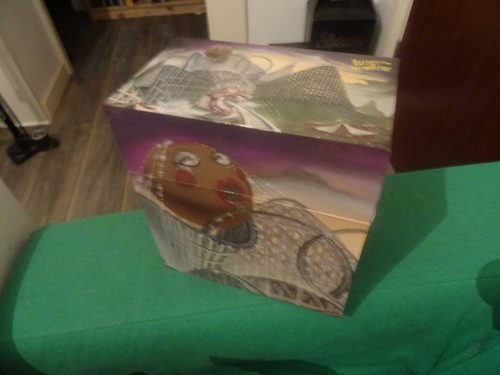 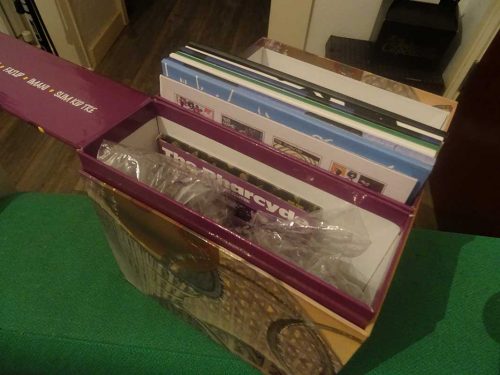 RSD produces a lot of album re-issues. We can debate whether this is a good thing or not later, however, if you are going to make a singles collection from an album, who doesn’t want them in a singing box with a jigsaw! 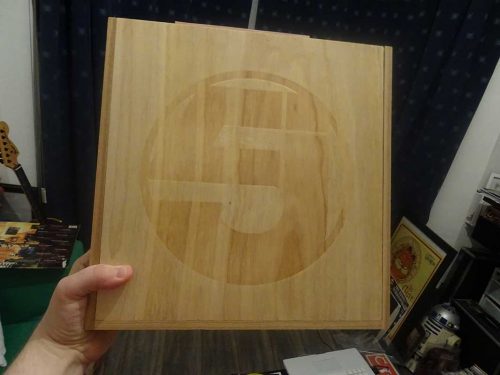 Or in a laser etched wooden box?! Truly, why would you put out a plain black record re-issue when it could be this awesome! 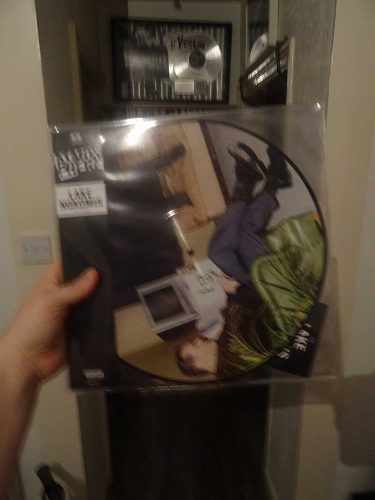 Its fair to say hip hop didn’t really get into picture disc as much as rock/metal. Rhymesayers clearly missed the memo.

Soundtracks rule, this soundtrack rules, but I HAVE ALL THE OTHER GOOD SONGS ON THE ORIGINAL ALBUMS!!! Thankfully, this exists. 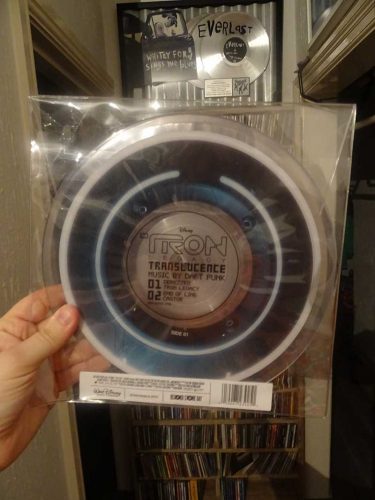 This is one of the gems of my collection. Daft Punk and Tron were a match made in heaven. It’s a shame the soundtrack was better than the movie. 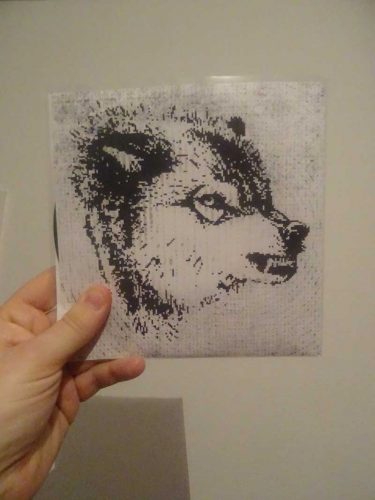 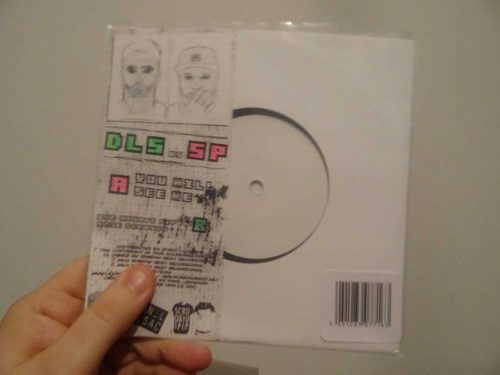 This is a ghetto as $^%$, the linear is coloured in by hand and an odd shape because they printed it themselves. 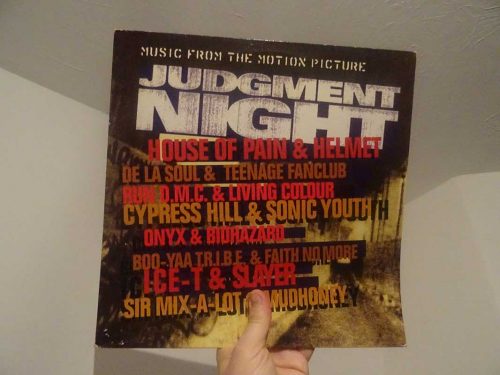 One from last year, (ok, maybe not…I’ve got the re-issue, this is the original pressing) another soundtrack that was better than the movie (31% on Rotten Tomatoes bad). 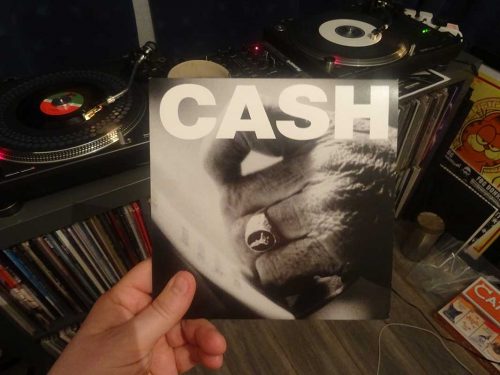 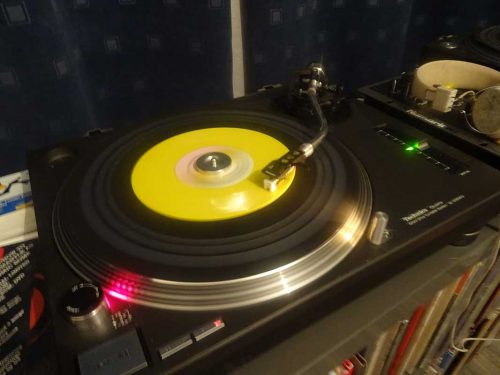 The first of the side by side 7”s, and they are my usual must haves of RSD. Originals and a ridiculous cover. Willie Nelson and Uncle Tupelo, sold. 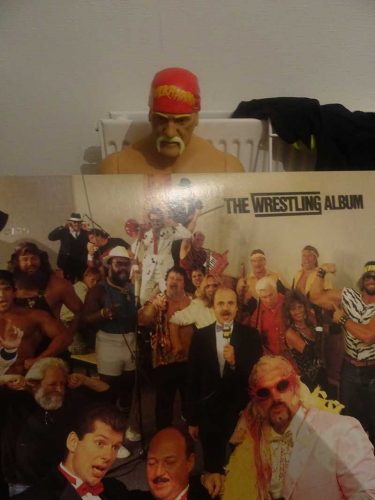 Well you know something Mean Gene, this is an album sung by wrestlers from the 80s and I chose a short bald white guy singing Tutti Fruitti…trust me, it is much better than hearing Hill Billy Jim sing. 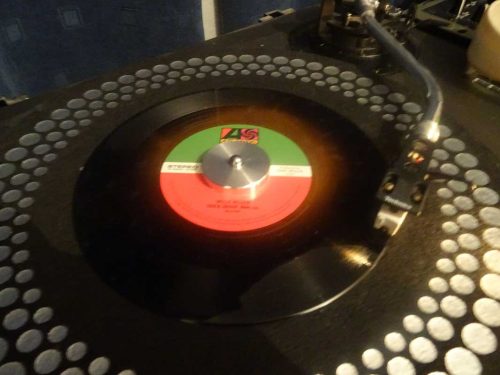 2nd side by side, ZZ Top and Mastadon, sold. Also, that’s not a reflection due to my poor camera skills…It is black wax with a reddy brown second colour…beautiful. These are just the two of my choices for the series. I mean seriously, who doesn’t think own a split between The Bee Gees and Faith No More isn’t an awesome idea?! A boring person that’s who! 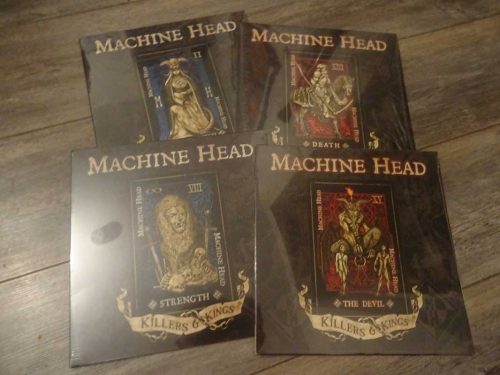 And last but not least…a surprise.

I hope you enjoyed this journey through some of the stranger/awesome corners of my records collection. Here’s to RSD and me buying weird things like this and maybe this. 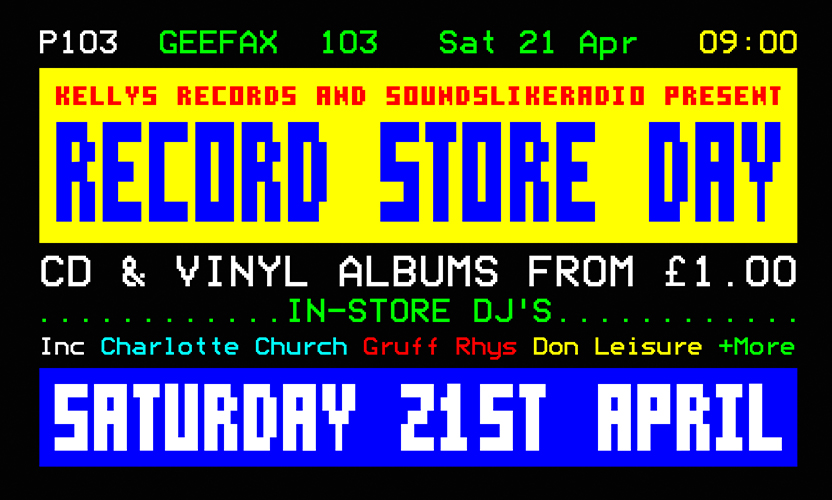