If the shop had a voice we suppose it would be a colourful mix of many sounds, and be constantly moving in and out of styles like a folk psych hip hop mix with progressive undertones and soulful sentiment. Or maybe a very geeky monologue about the importance of the matrix numbers in the Runoff of a record.

So looking to the future this (The Inner Sleeve) is going to be an attempt to regularly inform our customers of the shops content and general outlook on all things music based from all corners of popular culture, so please be kind we don’t get out much!

In the shop we are always interested in people’s sudden need to get hold of a certain album or track, often it can be pure nostalgia and has a certain emotional attachment, or something has happened in popular culture that sparks a need to own it again.

Black Mirror season 3 includes an episode called San Junipero, the soundtrack of this episode is simply 80’s pop music gold, it weaves itself into the plot and helps to support the story. So much of it is used to put you back in the moment (if you were there) and also puts newer generations into the mindset of the era it reflects. It has proved so popular that a Physical Vinyl release is on the way. 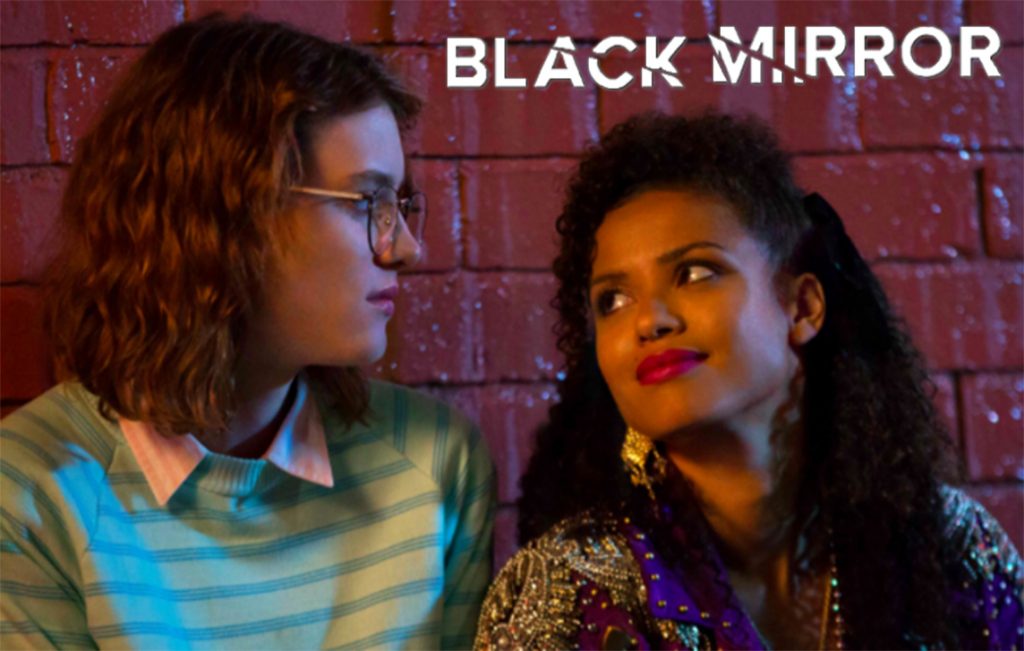 “There’s huge nostalgia for me. All the music I said I hated, I secretly loved all of it; T’Pau and all of that. It was a great way for me to indulge in all those guilty pleasures. To go back and revisit all of that music people claimed to hate in 1987.”  Charlie Brooker (Black Mirror Creator).

Black mirror is very firmly a TV show made for today’s audience and is currently only available on the streaming service Netflix but it gave us a sharp insight into what music can do to really enhance a drama and made us think of an original TV Show from the 80’s called Miami Vice.

This show was a first in that it used popular music of the day in the soundtrack to help colour the shows themes of excess and violence to great effect.

So when things like this happen we are always interested in the how and why? all of a sudden we might sell out of Wham’s first LP not realizing that it was featured in the Deadpool movie and inspired some of the audience to buy a copy.

Album sleeve that somebody in the art department thought was a great idea at the time! ENJOY 🙂